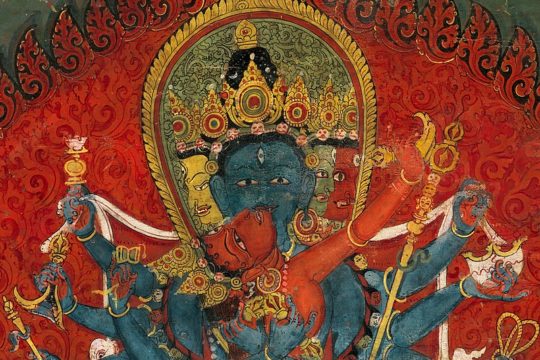 Discussions on Sadhana Practice: Part One

Prerequisite: Open to Vajrayogini and Chakrasamvara students of the Vidyadhara, including those who received abhisheka from the Vajra Regent and the Sakyong
This course took place late in 2019

Sadhana practice is a profound skillful means, transmitting an entire universe of vajrayana principles. Over the course these monthly discussions, divided into three courses, we discuss how to practice Vajrayogini as expressions of these principles.

This recorded class, Part One of several, focussed on the view and practice of mahamudra and the three samadhis; coemergent wisdom and luminosity-emptiness; and the Four Immeasurables and tonglen.

Part Two addressed guru yoga and the four empowerments; the four karmas; and the nadi prana and bindu yoga of chandali.

Lodro Dorje
Under the Vidyadhara’s direction, Loppon Lodro Dorje was head of the Office of Three Yana Studies from 1976 through 1990, which facilitated the meditation practice and study of the three yanas for Vajradhatu students. He was designated Dorje Loppon in 1985, with reference to his responsibility for working with vajrayana students. He also serves as an Acharya under Sakyong Mipham Rinpoche. The Sakyong has asked him, along with Acharya Mermelstein, to continue supporting the practitioners of the Kagyü and Nyingma traditions. He is happy to do this, and also likes to promote the vajrayana and Shambhala practices as mutually enhancing.
$By Donation
Join
Log In Register Reset your possword
Continue with Facebook
Continue with Google