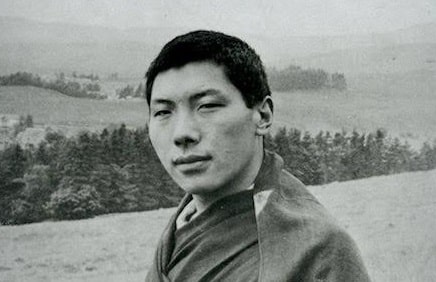 Prerequisite: Open to Tantrikas of the Vidyadhara, including those who received pointing out from the Vajra Regent and the Sakyong
This course took place late in 2019.

Recorded discussions of the study of the Vajrayana teachings of the Vidyadhara, Chogyam Trungpa Rinpoche. This was a four-week discussion group based on Rinpoche’s mahamudra teachings recorded in 2019.

The first talk was the 1982 transmission talk which was followed by the three talks from the Vajra Assembly, Mahamudra Mind from 1982. There were discussions after the talks that were lively and inspiring.

Martin Evans
Martin began to study Buddhism in the early 1970’s and began to study and practice with Chogyam Trungpa Rinpoche in earnest in 1976. He has also studied with the Khenchen Thrangu Rinpoche and Dzongsar Khyentse Rinpoche in the past few decades. He has been teaching since 1981 and continues to explore the unique teachings of the Vidyadhara.
$By Donation
Join
Log In Register Reset your possword
Continue with Facebook
Continue with Google