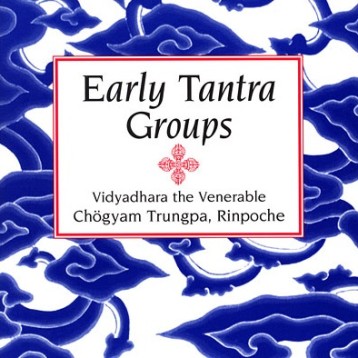 Prerequisite: Open to Tantrikas of the Vidyadhara.
This course took place over 5 weeks in the spring of 2016.

This time we explored later sections of that book, draw on material from the Vajra Assemblies and listen to recordings of pith instructions by the Vidyadhara. The class continued to seek a high-level of exchange among its participants and be influenced by that in the direction it takes.

Participants are required to have access to Trungpa Rinpoche’s vajrayana teachings and possess the Early Tantra Groups book, available from Shambhala Media.

Larry Mermelstein
Beginning in 1971, Larry Mermelstein became a close student of the Venerable Chögyam Trungpa Rinpoche, Tibetan Buddhist meditation master and scholar. He has served as a senior teacher in the Vajradhatu/Shambhala community for many years, as well as being a member of the board of directors for some twenty years, now long ago. He is a founding member and the executive director of the Nalanda Translation Committee for over forty years and is a long-time consulting editor to Shambhala Publications.
$140 USD
Log In Register Reset your possword
Continue with Facebook
Continue with Google