Accredited in 1997, conservator, specialization in thangkas. A Fellow of IIC and AIC. Began formal conservation training in 1972. After training at ICCROM in 1974, received a MSc in Conservation from Winterthur in 1978. Holds an MA in Asian Art History. Has worked with thangkas for 50 years, including a 15 year apprenticeship with a Tibetan painting master. Works as consultant and conservator for Buddhist monasteries, major museums and private clients. Services provided in English and Spanish. Private commissions accepted. 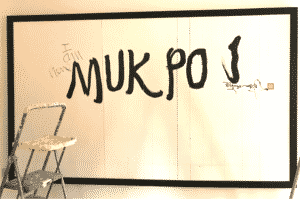 Conservation and Creation “I am here Mukpo” Calligraphy

In this presentation Ann will share stories about working with Trungpa Rinpoche on the conservation of his own creations, and how her fifty years experience