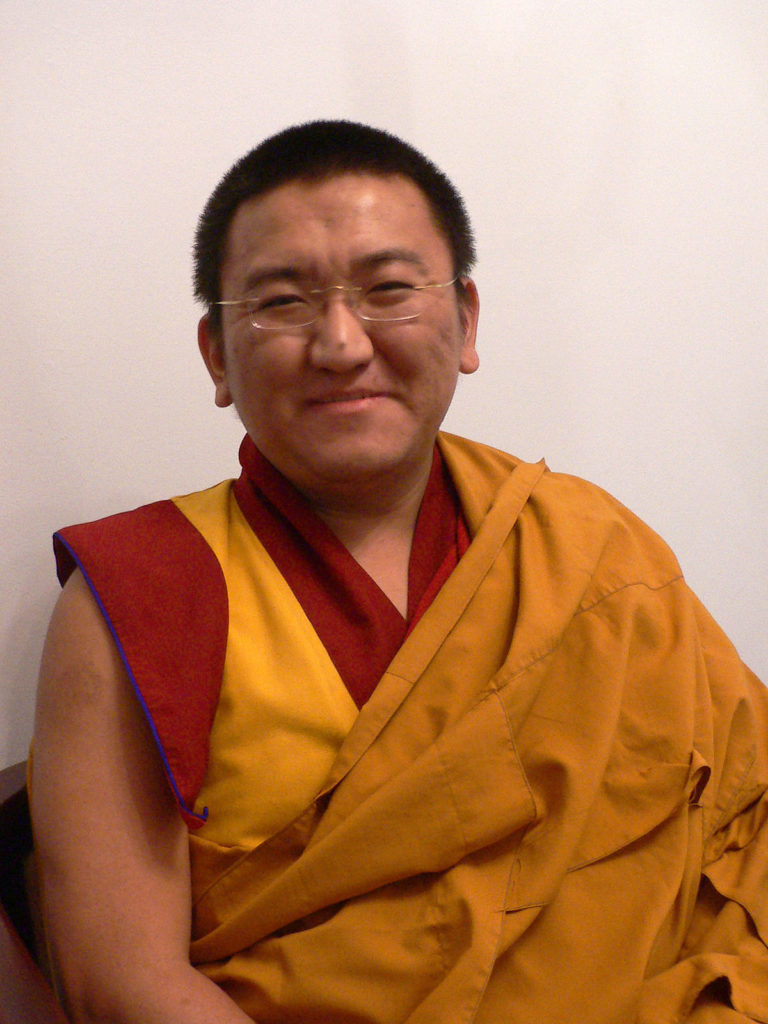 In 1985, Kyabje Dilgo Khyentse Rinpoche and Kyabje Penor Rinpoche recognized Changling Rinpoche as the main tulku of Changchub Ling Monastery in the Tsang region of Tibet.

The news came to Rinpoche’s family in Kalimpong via a letter written by their Holinesses. Rinpoche’s grandmother, being surprised by the news, took it upon herself to look into the situation. She traced the source to an old yogi, Lama Trakden, a student of the previous Changling Lingpa.

As an 11-year-old boy, Rinpoche entered Shechen Monastery and was enthroned by Khyentse Rinpoche and ordained by Trulshik Rinpoche.

For the first year Rinpoche learned how to read and write Tibetan. The following year Shechen opened its philosophical college and Khyentse Rinpoche put Changling Tulku into the program when he was twelve, an age considerably younger than usual.

When Rinpoche was fifteen, his root teacher Khyentse Rinpoche passed away. At age sixteen Rinpoche began to give teachings to other students in college. At eighteen Shechen Rabjam Rinpoche, abbot of Shechen Monastery, sent Changling Rinpoche to complete his studies of the Prajnaparamita (Heart Sutra) under the tutelage of the great scholars (khenpos) of Penor Rinpoche’s college in Mysore. At twenty Rinpoche took full monk’s ordination with Trulshik Rinpoche. Rinpoche graduated with a khenpo’s degree at the age of twenty-one.

Rinpoche teaches the senior students at Shechen College and those in a traditional three-year retreat. Rinpoche protects the integrity of the ritual tradition of Shechen and teaches ritual and Nyingma tantra to senior students.

Currently Changling Tulku is in charge of a section of the Shechen Monastery called dratsang, which literally means the collection of monks. He has been a director of Shechen Monastery. Currently he is devoting his time to writing commentaries on the works of His Holiness Dilgo Khyentse Rinpoche and searching out missing texts of the Northern Treasure Lineage. As the abbot of the Sechen Monastery shedra (monastic college), he holds a post previously held by such illustrious lamas as Mipham Rinpoche, Sechen Gyaltsap and Khenpo Gangshar.

Rinpoche was warmly received when he began to travel and teach outside of Nepal, beginning in 2002 in Australia, 2004 in North America and 2005 in Europe. His youthful enthusiasm combined with his amazing knowledge of Buddhist doctrine and command of the English language makes his teachings an enriching experience for all who attend. Rinpoche has the remarkable ability to seemingly defy time by including in a single talk an in-depth analysis and exposition of the sutra and tantra paths.