Bruce resides in Issaquah, Washington. He is a father of three and widower of two. Bruce began his studies of Buddhism in the mid-seventies with Chogyam Trungpa Rinpoche. Under his guidance Bruce was trained as an instructor in both shamatha/vipassana, and ngöndro practice. He also completed training as a Buddhist and Shambhala educator. In the early nineties he began to study with Dzongsar Khyentse Rinpoche, and in 2010 was named an instructor within Siddharthas Intent under Rinpoche direction. 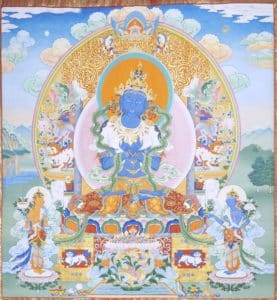